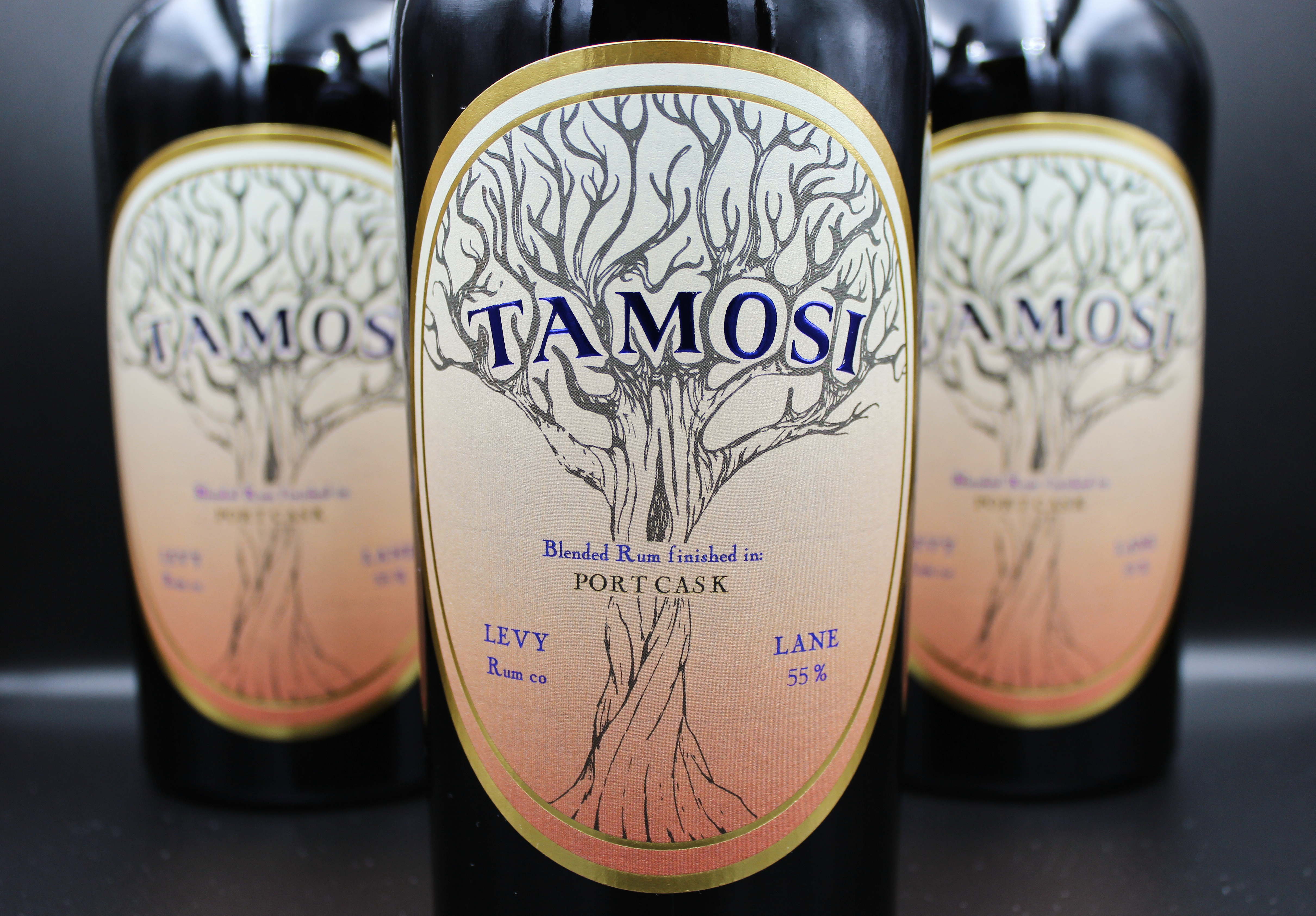 All the grace and beauty of the original blend but with a tad more Jamaican funk and finished in a single Port cask for 8 months.

The rum is a blend of 8 year Barbados rum, 6 year Panama rum and three unaged Jamaican rums. The blend was allowed to rest in a Port Cask for 8 months before being bottled at 55%.

On the nose the Port influence instantly recognisable without being overpowering, the nose further develops into over ripe cherries, before hints of Jamaican funk and a little smokiness come out to play. The palate is a joyful dance between heavier Port notes, intense stone fruits and dry cereals with a long lasting and evolving finish.

Tamosi is named for the Carib/Kariña/Kalina creator Tamosi Kabotano, which translates as “Ancient one of the skyland”, who created the earth and everything upon it. The Carib people, who believed themselves also to have come from the skyland, found Tamosi to be an absent creator, and one that has never been seen.

An article on Things Guyana with a number of associated references for further reading:

A collection of Guyanese legends by W.H.Brett:

Legends of the Caribs. (sacred-texts.com)

A zoom in on current issues related to land rights and tenure (source APA):