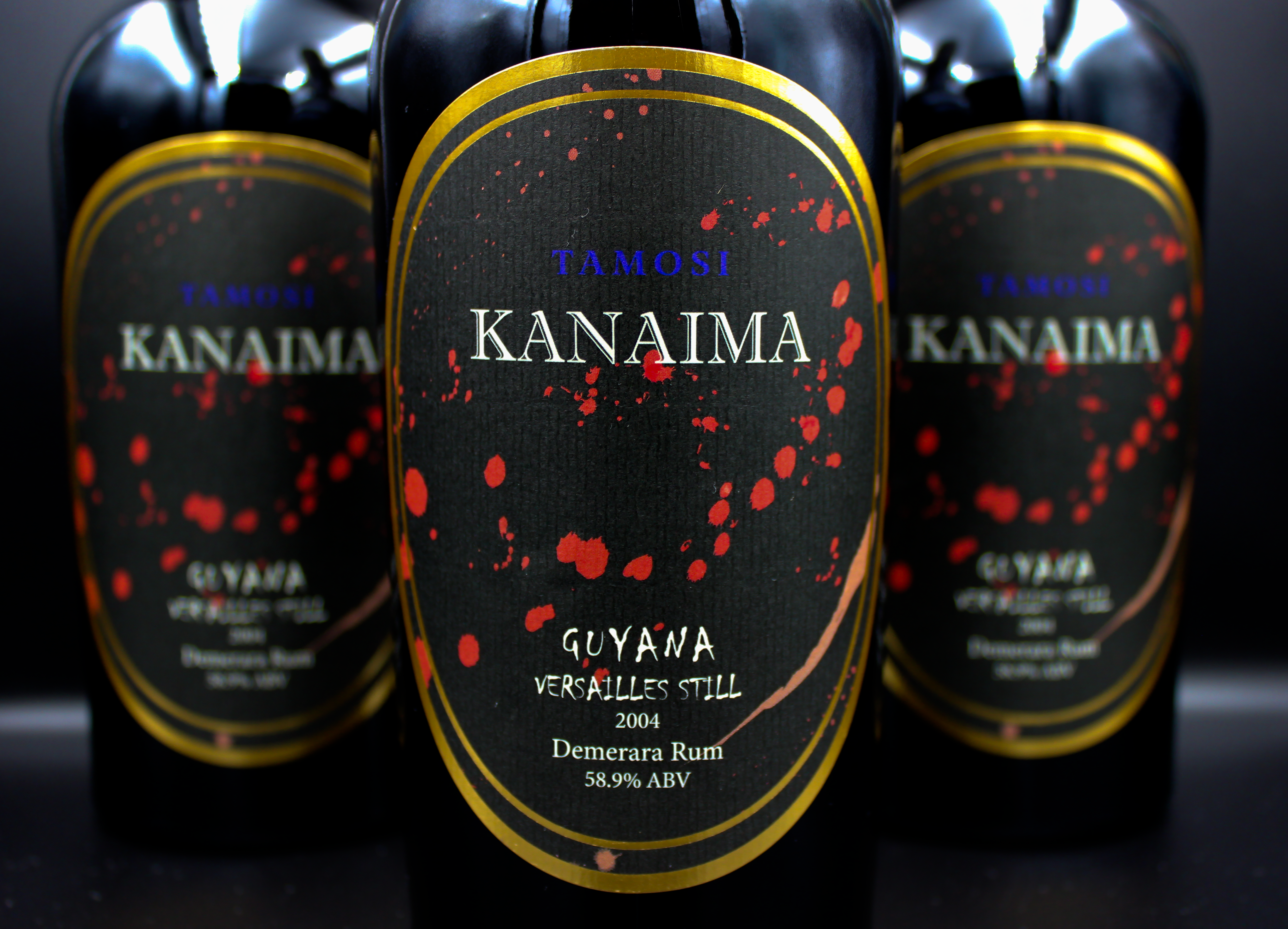 Distilled on the Versailles still in 2004 at Diamond Distillery in Guyana. This rum was aged for 16 years in a continental climate before being bottled in 2020.

The Versailles still is one of the last surviving wooden vat stills in operation today. It was first installed in the early 1800s, and owing to the high cost of copper was constructed out of Guyanese Green Heart wood. Each batch takes approximately 12 hours to run, lending itself to a heavy and full flavour profile.

Bottled at 58.9% abv the profile of the rum is deep, dark and molasses heavy interspersed with green notes on the nose. In the mouth it has a smooth opening with some caramel before waves of unsweetened Guyanese rum cake and a dry and slightly woody finish. This is a big, bold rum overflowing with dense flavours, and definitely not for the uninitiated.

This rum was coloured with some caramel prior to being put into barrels. We use no flavour enhancing additives in the bottling of our rums.

Kanaima is a highly complex topic that continues to affect people lives today. It refers to a force that permeates the forest and is often sited as being a bringer of death and restorer of balance. Rather than being an abstract force it is one that people can and do interact with and even tap into. Once such instance is in the avenging of a loved one; When a person dies of foul play, a ritual is carried out in order to find the location of the perpetrator, the a close relative of the deceased is tasked with carrying out this act of vengeance. Inviting the spirit of Kanaima to possess their body through a ritual involving certain drugs or sometimes a particular tree, becoming themselves a Kanaima and imbued with the strength of a predatory animal, they set off from their settlements, sometimes not to be seen for months or years until the act has been carried out (for the entirety of this period they are considered outcasts from their communities). Upon finding their victim, often poisons such as ‘wassi’ or those made from the ‘Urapa’ plant are used to subdue the victim whilst the fangs of a poisonous snake are used to prick their tongue, rendering them unable to speak. Once finally the victim dies and is buried, the Kanaima returns to the grave of the victim. The Kanaima thrusts a staff into the grave, pulling it out to drink the juices returned on it. This, whilst gruesome, is the only way to satisfy the vengeful spirit such that it leaves the body and the person can return back to their village. If the ritual is not completed, it sends the Kanaima mad, wandering the forest for the rest of its days. To this end the family of the Kanaima victim will try to hide the body or lace it with poison such that when the Kanaima drinks of it they themselves perish.

Kanaima can also be used to describe dangerous animals that attack people or wander too close to human settlements. Believing them to be possessed by Kanaima or a human spirit out for vengeance. It is said that those that have dedicated their lives to Kanaima have the power to transform themselves into such animals, although this form of dedication necessitates the unlawful killing of others (see link below “Dark Shamans: Kanaima and the Poetics of Violent Death“.)

And, in terms of social functioning Kanaima is thought, by some, to have functioned as a system of justice, providing a powerful deterrent against potential crimes towards surrounding villages. The story accompanying the bottle is that of Anuanaitu and Maconoura, it demonstrates both the absolute commitment to carrying out this form of justice, even above the love they have for one and other, as well as the heavy consequences paid. In the story it is this act that is said to have brought all of the evil and sorrow into the world.

Information on the historical practice of Kanaima (Walter E Roth):

A more modern analysis of Kanaima as it affects communities in Guyana, and the expression/evolution of Kanaima in the face of modern colonizing forces: