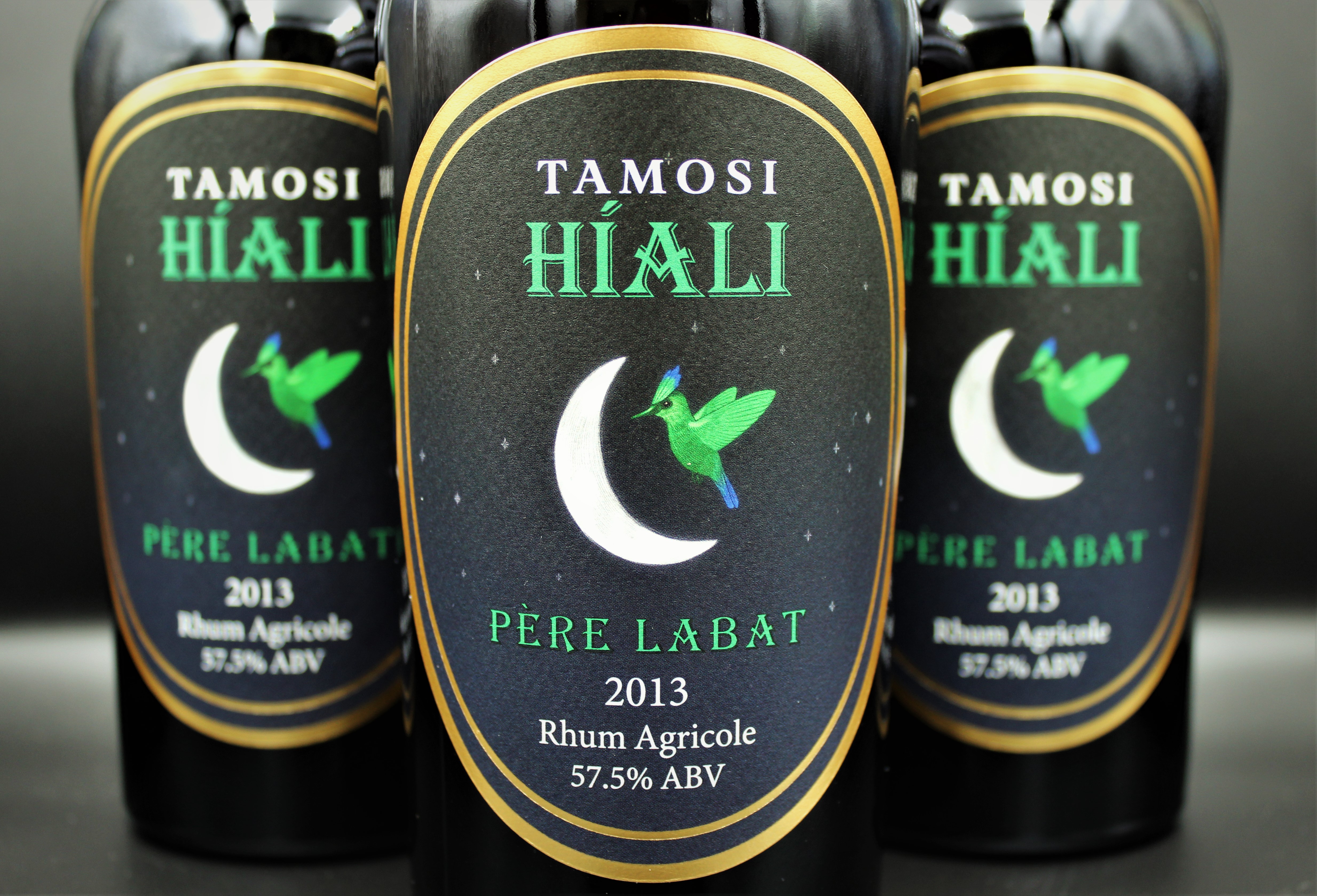 This rhum agricole was distilled at the Poisson distillery on Marie-Galante, where it spent almost 7 years ageing at the distillery before being sent to Amsterdam where it was finished for 9 months in an ex-calvados cask.

The distillery makes use of locally grown sugar cane that is harvested without burning the fields. The cane is then crushed to extract the juice, and allowed to ferment for a period of 72 hours with the supplementation of baker’s yeast. The resulting wash is then distilled in two old creole column stills to around 70%. The rum is then aged on site in ex-bourbon casks.

The Story of Híali identifies the moon (Nónum) as a man with a dirty (stained) face, and his son Híali (one who has become most brilliant) as the founder of the Kalinago nation, as such all Kalinago are the children of the moon. [note that the name Kalinago shows a historical link to the Kalina (Caribs) of South America]

Particularly for pre-Columbian Kalinago, the moon held special significance. On the first night that the moon re-appeared (called tihuenébouli nónum), people would come out their houses to celebrate his return. Additionally, not only were the phases of the moon used to count the months, but also to plant and harvest crops, and the Kalinago were known to only go into battle on a full moon. There are some stories that recount the Kalinago coordinating with their kin across multiple Caribbean islands to attack an early French/English settlement on one of the islands on the next full moon.

The lunar eclipse (Laikua-noquian or “consumption of the moon”) was thought to be the result of an evil spirit (Maboya) eating the moon. In response a complex ritual was undertaken to revive the moon, scare off Maboya and restore balance.

Another central character of the story is Yeretti (the Hummingbird), describing the origin of its beautiful plumage and the crest upon its head. The hummingbird is considered as a creature of great significance to the Kalinago (with hummingbirds thought to be the spirits of ancestors), and can be found in many pre-Columbian stories (e.g. the story of Alida and Taroo – a story of Taino origin; it features Taroo, a Kalinago man being transformed into a hummingbird to be with the Taino woman he loves).

Information on the Kalinago territory in Dominica, with a page on Kalinago history:

The Kalinago- The History Of The Dominica Carib Indians (caribterritory.com)

Developed by the Kalinago Council in Dominica, this site aims to collect, restore and preserve ancestral knowledge for future generations:

A page on the history and culture of the Kalingo as well on current issues faced today:

“We are Kalinago” – a short film on the present day Kalinago community in Dominica: