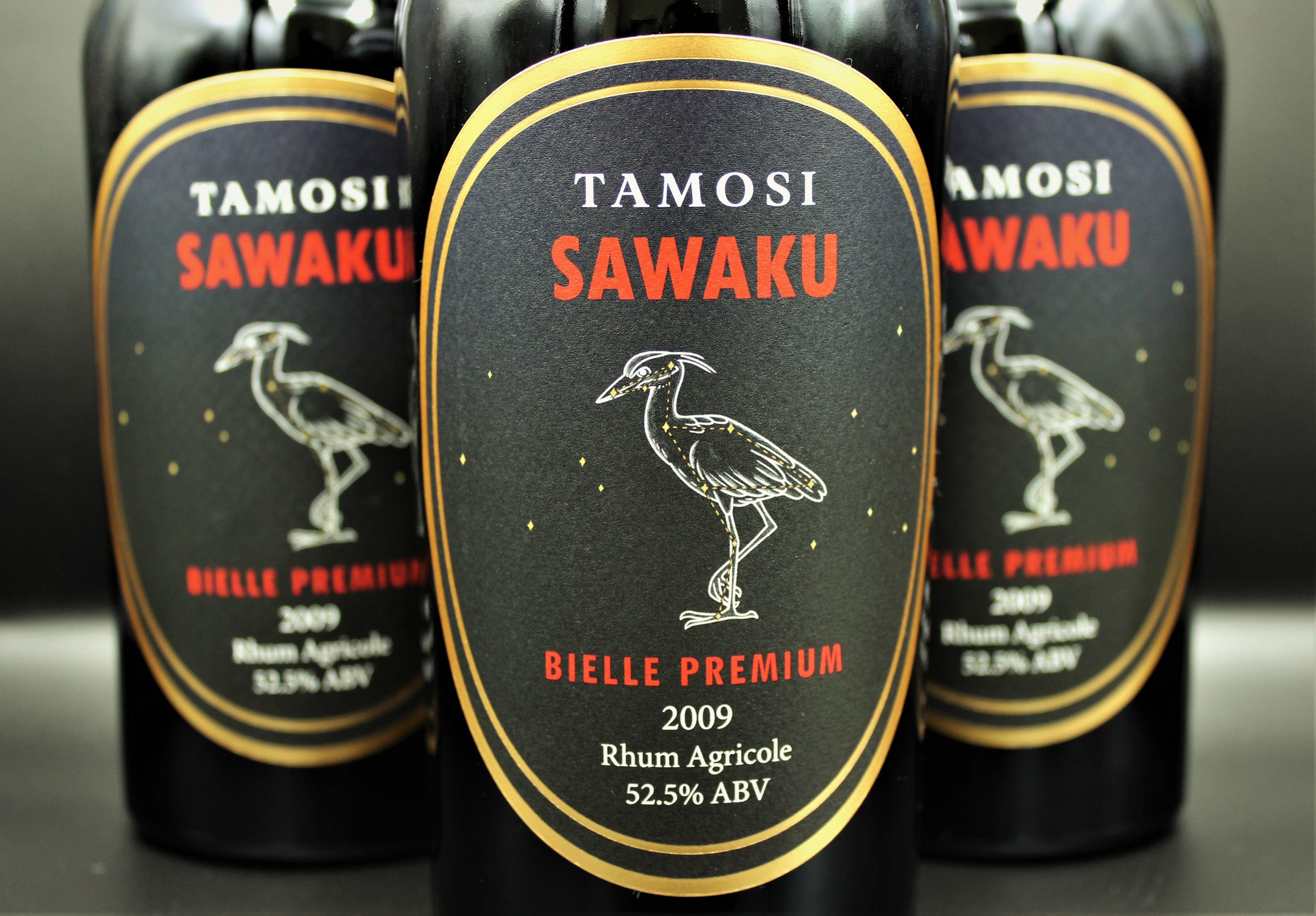 Distilled and aged at the Bielle distillery on Marie-Galante, this rhum agricole is the result of a dual distillation, once through an alembic still and once through one of the Savalle column stills.

Bielle sources it’s cane locally from the 15 cane varieties available on the island, the cane is then freshly pressed on site and allowed to ferment in large open vats for a period of 36-48 hours with the supplementation of baker’s yeast. From there the wash is distilled (normally in the three column Savalle) to around 80+% abv. Ageing is done at the distillery without any additions.

This rhum agricole was aged for three years on small oak and then rested for a further seven and a half years in a large oak foudre. From the moment we tasted a sample directly from the foudre we knew that this was a vintage that needed to be shared!

The story printed on the bottle is one of origin, one of Luquo and the first Caribs/Kalinago. Many of which, Sawaku included, became constellations and had power over various elements. These constellations have always held particular significance to the Kalinago as it was by the presence of these constellations in the sky that they would know whether it was the season to go to war across the seas, to stay home and farm, whether to expect monsoons, storms, hurricanes or droughts. It was also noted during early European contact that the Kalinago were masterful navigators, the European sea captains who had spent half of their lives studying navigation were completely perplexed at how the Kalinago were able to navigate the seas so expertly using only the stars alone.

Sawaku (the heron or crabbier), was responsible for great storms and heavy rains, it is thought that this is because crabs and frogs, the heron’s food source, come out in such weather. It is thought that the constellation referred to, “The Herons Canoe”, is the very same as the Big Dipper. When the beak of the heron dips into the horizon only for the heron to reappear on the other side, it is called the heron’s leap. Sawaku’s appearance in August marks the start of the busiest hurricane period in the Antilles. However, if no hurricane occurs whilst The Heron’s Canoe makes its appearance in the August sky, then this as seen as a good time to sail and hence go to war (usually starting in September), and by the time The Heron’s Canoe reached to top of its cycle in November it was time to return home.

A paper on the Cosmology of the Kalinago

A page on the history and culture of the Kalingo as well on current issues faced today:

“We are Kalinago” – a short film on the present day Kalinago community in Dominica: