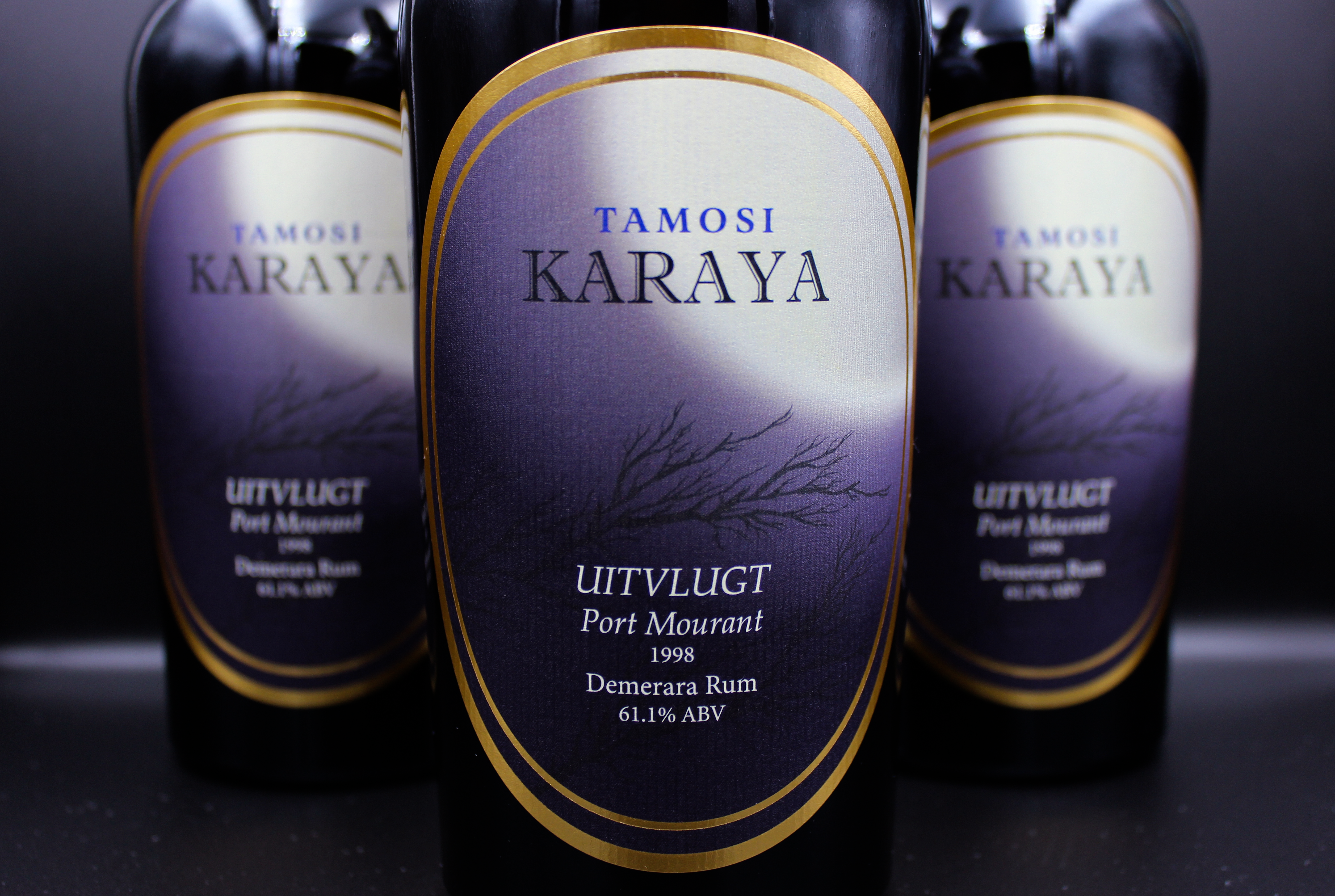 Distilled on the Port Mourant still in 1998 whilst it was housed at the Uitvlugt distillery, this rum was aged for 2 years in the tropics and aged for a further 20 years in a continental climate before being bottled at 61.1%.

The Port Mourant still is a double wooden vat still thought to date back to 1732 and is the oldest of its type still in use today. The still is made from Greenheart wood indigenous to Guyana, owing to the high price of copper at the time. Taking upwards of 16 hours to run a single batch this style of rum is a throwback to very early rum making in Guyana, and has more than earned its status amongst hardened rum lovers.

Describing a rum this complex and beautiful is almost a futile exercise. The nose gives some recognisable aged Port Mourant notes with some sweet wood, pencil shavings but with some additional starfruit and notes of glue mixed in for good measure. The benefit of the long slow ageing really shows itself here in the development of these complex heady aromas. The palate starts off gentle before what can only be described as an explosion of intense flavours, carried over from the nose, fills the mouth. The finish is very long, undulating and thoroughly enjoyable with waves of flavour vying for attention.

Karaya is the Taino word for moon. She held immense power over people, and had a habit of enchanting those who lent her their gaze for too long. The story told on the bottle is one of hubris, jealousy and ultimately of unrequited love. Whilst the Taino occupied the northernmost Caribbean islands, they are thought to be descended form the Arawaks of Guyana, and given how perfectly this story marries with the flavour profile of this rum we had no choice but to dedicate the bottle to the beautiful, powerful yet elusive Karaya.

A fantastic resource with books and papers on Taino and pre-colonial Antillean culture: